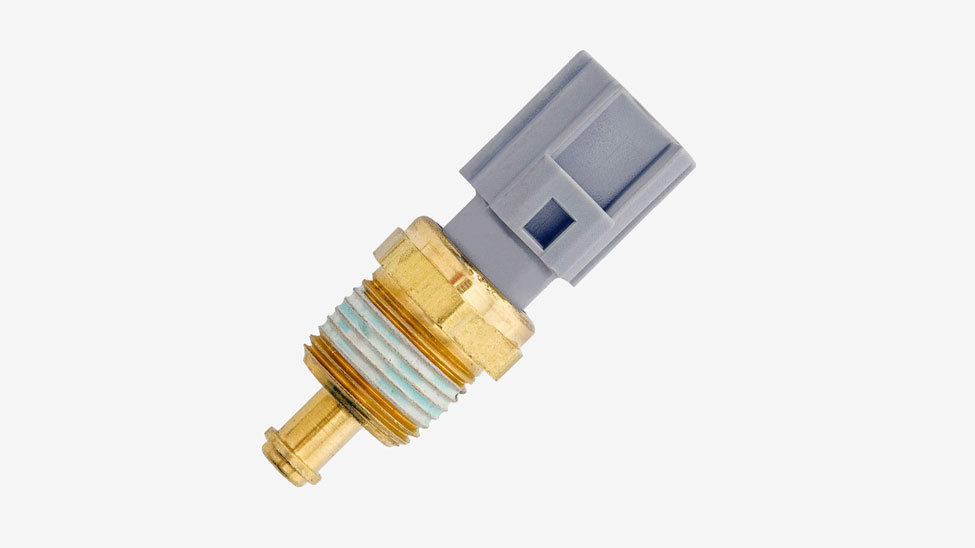 Skip the Details - BUY on AMAZON

Meaning that it's resistance changes depending on the oil temperature.

And that techno-babble means that the EOT sensor's signal is used to determine when and how much fuel is required for optimum starting and engine operation. Once again, depending on temperature. How much fuel to deliver and when to deliver it is controlled throughout your Powerstroke's normal operating temperature range.

The EOT sensor's resistance changes depending on the temp. The EOT sensor produces a 0 to 5 volt signal that calculates temperature.

The PCM adjusts those as temperature (voltage) readings from the EOT sensor increase.

The EOT sensor is what I'd consider a maintenance part. Meaning it's not going to last forever.

Severe problems in the EOT circuit can be caused by a faulty or failed completely engine oil temperature sensor or wiring.

Here are some symptoms that the EOT sensor on your 7.3 Powerstroke is failing or bad:

What causes a 7.3 EOT Sensor failure?

One common problem is with the EOT sensor wiring or wiring connector. A short to ground (frayed wires) or loose wires at the connector in the EOT circuit will cause an intermittent CEL to show up. It'll also cause poor starting and running behavior.

Another problem is that your PCM could be faulty and unable to correctly communicate with the EOT sensor.

Or your 7.3 EOT sensor can simply go bad over time. And if your EOT sensor's malfunctioning or failed, you may not know about that until it's too late.

Because high engine oil temperature can be lethal to many of your 7.3 engine's major components. And though high heat can be caused by numerous things, it's the job of the EOT sensor and the engine coolant temp sensor to detect these conditions and let you know about it before things get to that critical stage.

And with an overheating oil or coolant system, things can go from bad to worse very quickly. Especially if you ignore that annoying intermittent check engine light on your dash.

Generally, when your Powerstroke oil temperature's below 158°F, the EOT's signal tells the PCM to incrementally increase your truck's idle up to a max of 950 rpm.

At oil temperatures below 95°F, low idle is incrementally increased to a maximum of 1200 RPM at - 20°F

If the PCM detects an EOT sensor signal that's out of range (high or low), it will ignore the EOT sensor signal. The PCM then defaults to assuming the engine oil temperature is -29°F for starting and 212°F for normal running.

A diagnostic scan tool will display a fixed PID value of 212°F  when the EOT sensor's in this default mode. Then the CHECK ENGINE light comes on for as long as that condition exists.

Don't run your truck with your EOT sensor unplugged

Some Ford truck forum goers advocate simply unplugging the EOT sensor if it has problems, effectively telling the PCM to go into this default mode. But the EOT system's main function is to detect other problems with the vehicle. If the EOT system circuits have problems or are disconnected they're unable to monitor the oil temperature.

So, left broken or disconnected, the EOT can't detect overheating in the engine's oil delivery system and severe engine damage can occur.

After an exhaustive search I've found that there are 3 distinctly different-looking parts that are represented to be 7.3 EOT sensors. All of them also cross reference to 7.3 ECT (Engine Coolant Temperature) sensors. 1994 and 1995 old style round connector 7.3 EOT sensors can be switched to the new style (Rectangular) ones below. (REQUIRES Pigtail Replacement: SEE "Wiring Harness" section BELOW) However, a quick check on fordparts.com and their system converts that part number to...

After more research than I like to... Okay, that's not true—I love researching this stuff.

Anyway, the two new parts are represented as being interchangeable. In fact, there are several forum threads where DIY 7.3 owners swap the ECT and EOT sensors back and forth, attempting to troubleshoot a 7.3 EOT problem. 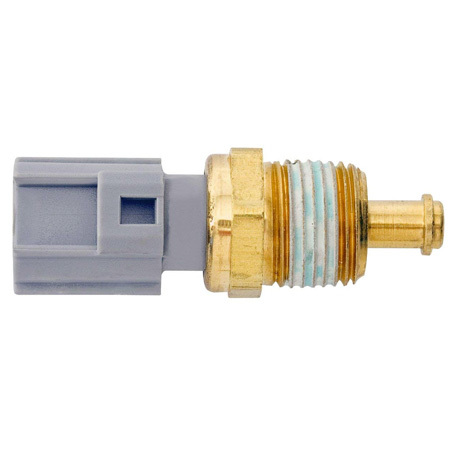 My suggestion — remove your 7.3 engine oil temp sensor, see which one it is, and replace it with the same one. If you're not that motivated or you want to upgrade to one of the new sensors, it shouldn't matter which one you use.

But for pete's sake, don't just unplug it...

NOTE: These sensors fit 1994 - 2003, 7.3 Powerstroke engines. HOWEVER, after 1995 Ford changed the round wiring connector to a two wire rounded rectangular conector. So early model (1994 and 1995) OBS 7.3 Powerstrokes will need to rewire the wiring harness (pigtail) connector with the new style.

Check to see which wiring connector you have.

If your EOT sensor pigtail is shorted, frayed or the connector is damaged, you'll need a new 7.3 EOT sensor wiring harness (pigtail).

Also, if you have a 1994 - 1995 OBS 7.3 Powerstroke, your connection is most likely the old round connector. So when you replace your EOT sensor to a new style, you'll need this pigtail to retrofit to the new 2-wire rounded rectangular connector.

Ford part number: 3U2Z-14S411-HYB eBAY LINK (A search for this part number will turn up 7.3 engine coolant temp sensor harness, but the parts are interchangeable)

With those, the engine oil temp sensor and PCM ensure that enough torque and power is available no matter the temperature.

I found no documentation for the 7.3 on EOT torque value. If you know where I can find it, shoot me a quick note from our CONTACT PAGE.

** DISCLAIMER: after hours of researching, trying to find the correct torque value for the 7.3 EOT sensor, the closest I came was the values for the 6.4L Powerstroke EOT sensor: 159 INCH lbs. or 18 Nm. Use that value at your own risk.

And finally, depending on the version of the EOT sensor that you have in your truck or purchase as a replacement, you can use a 21mm, 22mm, or 1" deep well socket.

If you're worried about damaging the plastic connector around the top of the sensor or it looks like a deep well won't have the clearance, use a 21mm or 22mm open-ended wrench instead.

There, that should confuse you enough... I know it confused me while I was researching it. Just make a sensor, for Pete's sake!

But, in all seriousness, your 7.3 EOT sensor may seem trivial, but it's a vital component in protecting your 7.3 Powerstroke diesel engine from excessive heat. And that's reason enough to check it out and replace it if you need to.